Steroid addiction usually starts with innocent usage. Men and women have both used the prescription drug to increase muscle size, strength, and density. Steroids can also be prescribed by doctors to treat illnesses such as hormonal imbalances and anemia.

Steroid abuse is especially common in athletes, with the amount of abuse increasing among high school students. In fact, 75% of steroid users are teens.

But that’s just the beginning. Longterm steroid addiction can cause serious conditions like heart attacks and mental health disorders.

Continue reading to find out more about steroid addiction, side effects, and treatment options.

What Are Anabolic Steroids?

The full name of anabolic steroids is anabolic-androgenic steroids. The word anabolic is used because of the muscle building effects of the steroid. While androgenic describes it masculinizing effects.

Anabolic steroids are often used by athletes and other people who want to look like they’re in better shape. It is a synthetic drug that mimics testosterone, the male sex hormone.

Doctors, however, rarely prescribe steroids to young, healthy people even if they’re looking to gain muscle. Instead, they’ll tell you to exercise regularly and eat healthily.

Steroids are primarily prescribed to treat a plethora of illnesses. And because of the potential dangers of steroids, the prescriptions are hardly for long-term use. Some of the reasons a doctor will prescribe this drug are:

Yes, steroids can help you gain muscle mass. One study followed men who used steroids for a total of 10 weeks and it showed gains of 2-5 kilograms of muscle.

The muscle primarily showed in the men’s chests, necks, shoulders, and upper arms. The participants also reported having a 5% to 20% increase in strength.

Although these are positive facts, steroids are also known to weaken major organs and muscles in the body. This includes the heart and liver.

When you think of addictive substances, you typically expect a drug that delivers euphoric or relaxing feelings to users. Steroids, however, don’t fall into that category.

They don’t change the way a user feels until they try to stop using them. People who take steroids frequently develop a strong tolerance to them.

This can contribute to the withdrawal symptoms that arise when they stop taking them. Both of these feelings are signs of addiction that often go unnoticed.

Other clues of steroid abuse are:

As with other drugs, people who are abusing steroids usually always end up having constant problems in their relationships. This can be a result of “roid rage“, one of the many emotional signs of steroid abuse.

Physical Changes and Side Effects of Abuse

Long-term steroid abuse can cause varying physical and emotional side effects. These changes are mainly because of the hormonal imbalances that steroid use can cause.

Suddenly stopping the drugs can lead to depression and even suicide because of these imbalances. If you are trying to stop abusing the steroids, don’t try to go at it alone.

Steroids and Your Brain Health

Steroids don’t make you feel high, as they don’t increase the dopamine levels in the brain. Prolonged steroid abuse can, however, affect the pathways and chemicals in your brain that create substantial changes in your mood. These mood changes can drastically alter your behavior.

Steroid abuse can also cause mental health problems like paranoia, delusional thoughts, impaired thinking, and irritability. The irritability can escalate to deep anger. This anger can sometimes trigger violent episodes.

You can read more about your brain’s reaction to drugs at Find Rehab Centers.

Steroids and Your Skin

One of the telltale signs of steroid abuse is changes in your skin. Your skin can produce excess oil, which can lead to greasy hair and bad acne.

Additionally, skin infections and cysts can develop. If you experience yellowing in your skin, it can be a sign of liver damage from the abuse.

Steroid abuse can cause different changes in men, women, and teenagers. Some of these physical changes even contribute to mental health problems.

In men, the abuse can cause:

In women, steroid abuse can affect:

When a teen abuses steroids, whether they’re male or female, their growth can be stunted. The high hormone levels in steroids essentially send signals to a child’s body that tells them to stop growing.

This side effect is most likely to occur when teens take the drug before their growth spurt.

Prolonged steroid abuse can cause a series of cardiovascular diseases, even in young people under the age of 30. This can result in occurrences like heart attacks, strokes, and even death.

Oral steroids are known to increase the body’s levels of atherosclerosis. This condition causes fatty substances to develop inside the arteries to disrupt the flow of blood.

Atherosclerosis can cause you to suffer a heart attack or stroke because it can stop blood from traveling to your heart or brain.

Steroid abuse is linked to liver damage that also causes tumors. They also cause a rare condition called peliosis hepatis.

Peliosis hepatitis causes cysts that are filled with blood to form in your liver. If these tumors and/or cysts rupture, you can suffer from internal bleeding.

People who abuse steroids typically take higher dosages than what was prescribed by their doctors. No matter which forms you like to consume the steroids in, increasing the dose isn’t going to maximize the benefits or minimize the harmful side effects.

However, there are a few different ways people will abuse steroids thinking they are healthier options. They are called cycling, stacking, and pyramiding.

This is when you take two or more types of steroids at once.

Pyramiding involves taking steroids in increments that continuously increase. When a person reaches their “peak” dosage, they taper off and then start the pyramiding process again.

Steroids and Other Drugs

Because steroids can numb the euphoric feeling that comes from most other drugs, a person may take higher dosages than normal. This can increase the risks of overdose and push a person deeper into their addiction.

Drugs that are commonly used in conjunction with steroids are:

Stimulants like cocaine and Adderall provide an increase in energy while it also gives users a decreased appetite. Some that a lot of people don’t realize is that when you mix stimulants with steroids, you are increasing the amount of stress and pressure on your heart.

Whereas alcohol abuse joined with steroids usually makes a person more aggressive. In the long run, the mixture can worsen the addiction. The pair of alcohol and steroids also make people more likely to commit violent crimes.

Opiates like heroin are often used to treat insomnia and aggressive behaviors that abusing steroids can cause.

While people with dysmorphic disorder think they’re bodies are heavily flawed, people on the outside looking in rarely see the flaws the person is describing.

This disorder involves frequently looking in the mirror, grooming more than normal, and comparing themselves to others. Because steroids are known to enhance muscle mass, the drug creates a perfect storm in people with a dysmorphic disorder.

Steroid withdrawal can be brutal. Oftentimes, people who are trying to stop the drug, go back to them or other drugs to ease the symptoms.

Some of the withdrawal symptoms are:

During withdrawal, many people experience severe depression and sometimes have suicidal thoughts.

If you are living with a steroid addiction, there are resources that can help you. Addiction is a battle you shouldn’t have to fight alone.

If you have questions or comments about any other health-related topic, feel free to contact us. We are here to help you meet your fitness goals and live a healthier life. 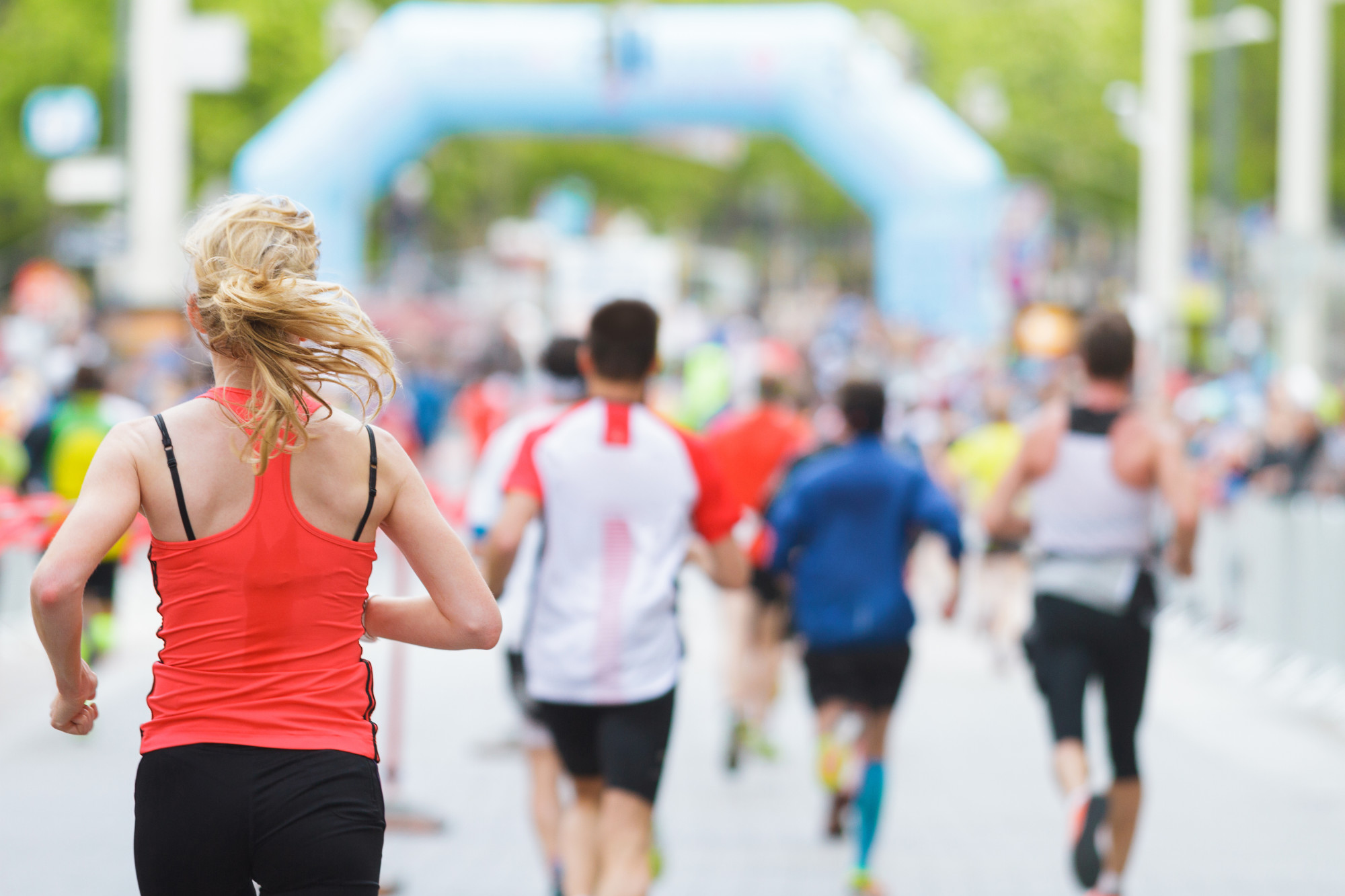